My time for diplomacy is over. After playing more or less regularly for over a year on FightCade, I don't believe it's a coincidence that there are a few players which I haven't had the chance to play against yet. At this point I don't even bother asking them, I already know who might play sometimes and who I'm wasting my time with. The same people you can only play with if a tournament forces them to. The same people who won't even play this tournament Exosta is planning, which would take something like an hour, because they have busy lives, or have even left the game (*chuckle*), yet they spend hours on away status on the windjammers room, go to live tournaments, and post crap on their windjammers centered twitter accounts, enjoying praise from followers who don't know jack shit about this game.

We are not allowed to play in this league of yours, apparently for lag reasons? You probably have more lag between yourselves in some cases than you'd have with me when I have my 150mb cable on the city. I don't know who's in charge of these rules, but i find it's bullshit, make up a better excuse if you want to keep face, the connection during  tournaments is as good as it gets. Mabe we need to make a league ourselves, with blackjack and hookers, and invite all of you to join it, as I know not all of you are so full of shit.

So the only thing left if someone wants to have a few decent games is to wait for this weekly little tournaments, if they happen. Yet now that there's another 5v5 on the making I see some are not planning on playing it. What is even your excuse? For the little courtesy I have left, I won't say my thoughts on this.
If you had any interest in keeping this game alive, you'd stop putting your childish pride first, being so tightassed and having this tribal attitude, playing just between eachother. I think some of you are not interested in making this game more lively if it means being taken out of the spotlight. 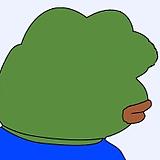 we are not here to be the recipient of your frustation.

If you want to speak about things which are important to you, calm yourself first.

this thread will be locked until your cool is back.