IMPORTANT : As indicated in the German wiki, it is possible to use the Negative Edge in the game. Maintain

before catching the disc, it will then be possible to throw it by simply letting go of the button when the disc is in your hand, the same goes for Super Throws

= Any directions (Except backward)

= Quarter-circle or half-circle motions (In any directions)

I) Offense
This first part will be dedicated to offensive phases, for everything regarding defense, please refer to the second part 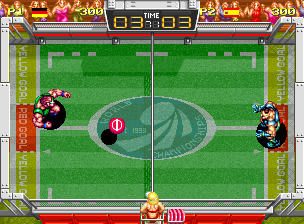 This disc throw is done very simply by pushing

, the speed of the throw differs from character to character and it is impossible to keep the disc forever, the game has a system of automatic throw, every directions can be combined but the use of the backward diagonals (

) is not advised, those do not permit the disc to go fast enough in a trajectory susceptible to trick the opponent. The oblique shots (

) are to favor when close to the net, while high and low trajectories (

) should be used to seek the rebound, especially on large stadiums. 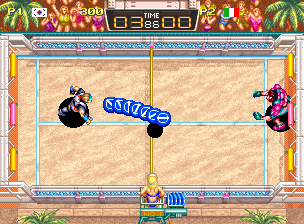 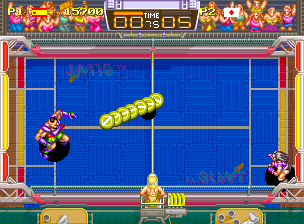 The Super Sonic Shoot is a variant of the normal throw which allows to compensate for the slowness of the throw of some characters, the Super Sonic shoot is triggered when you push

as soon as you catch the disc, the game also offers you one Super Sonic Shoot when you serve after taking several points without scoring any (as an example, at 00-08) during a set, the likelihood to throw Super Sonic Shoots varies enormously from one character to another (see the dexterity characteristic on the Wiki)

Spoiler:
For the same move (

), we get different Curves depending on the character

If the normal throws have direct trajectories, the curves allow the disc to adopt trajectories that are more or less curved to trick the opponent, the inputs needed to make a curve are either a quarter-circle or an half-circle +

from any direction, note that curves can be thrown as a Super Sonic Shoot 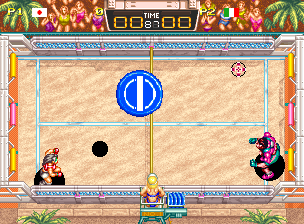 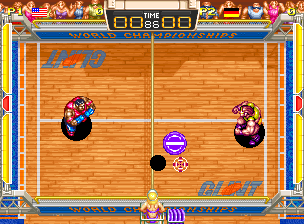 , height is managed by

(The negative edge can also be used with this button), the lob can be used for many different purposes: Break the rythm, push an opponent to come to the net or on the contrary, force him to the back of his court, the 8 directions can be used to send the disc where we want in the court, the quicker you throw, the further it will go, the longer you wait (the closer to the automatic throw), the closer to the net the lob will land

There are three kinds of Supers detailed below, take note that the supers are the only offensive techniques that allow you to score points by pushing your opponent inside his goals 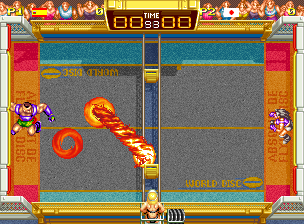 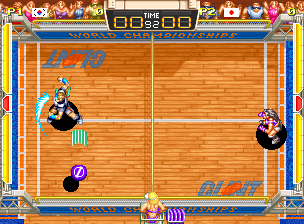 Specific to each character, it can be triggered by pushing

after having charged it, the trajectory can be modified by inputting these directions: 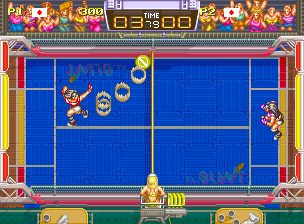 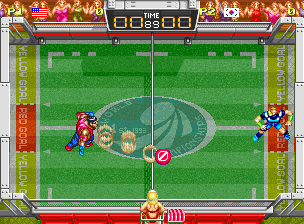 ), always after a Super charge, the direction of the disc can vary enormously depending on the inputs performed during the throw. 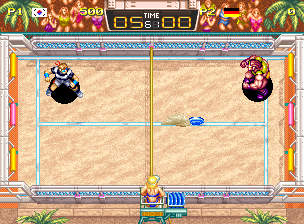 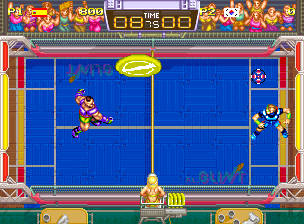 Also called Super Lob, this super is very useful to punish an opponent that is too far from its goals, combining

allows you to choose which corner you want to send the disc to, take note that if you wait before using the technique, the disc will start rolling on its side closer to the net. 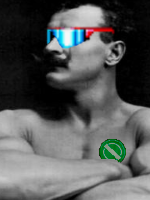 
IMPORTANT : The Negative Edge can also be used on the defensive, to execute a dash as an example, you can safely catch the disc as close as you want to the goal when the throw you are catching is a Normal, a Super Sonic Shoot or a Curve, however, when catching a Super Custom, a Super Spin or an Hammer Throw, positioning in front of the goal lines becomes an imperative or your character may get pushed inside the goal along with the disc when he catches it 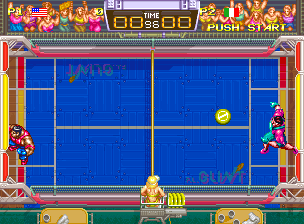 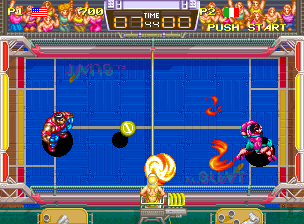 The second part of this tutorial will be exclusively dedicated to defensive phases, which are when your character do not have the disc in its hands. 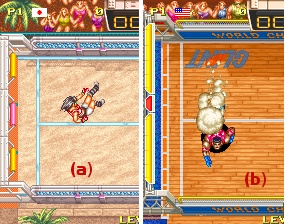 To Dash (a) with your character, you just need to maintain a direction and push

, the dash can be made in all 8 directions of the joystick, there is a variant of the dash named Long Dash (b) which consists of maintaining

once you dashed. This technique is to be used sparingly, for once you started a dash, you cannot change direction. The Dash can be a follow up after a Toss without charging a Super to accomplish a Sliding Pick Up, you can dash in any direction as the disc is coming down and catch it during the dash, it allows you to move with the disc in your hands, something that is otherwise impossible. Catching the disc during a Dash does not hinder your speed, so, the further your character can dash, the better the Sliding Pick Up 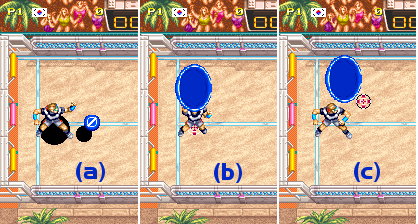 To Toss the disc in the air, you need to push

at the right moment when the disc arrives (a), the character will then parry the disc which will be tossed up in the air, the chances to charge your super (b) will depend on the proximity of the disc and the hitbox of your character. The Toss can also be used to simply advance in the court (c) 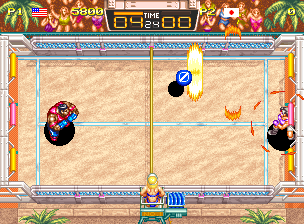 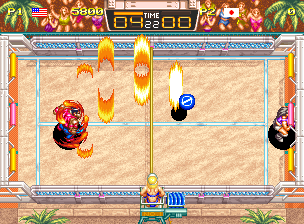 This can be used to send back the Super Custom of your opponent, push

when the Super Custom makes contact with your character's hitbox. 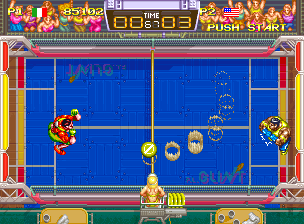 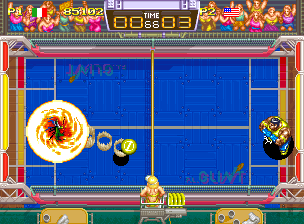 The Super Spin Reversal can be done by combining quarter-circles (In two directions,

can be enough) with

, this Reversal can counter Super Customs, another Super Spin or a Hammer Throw 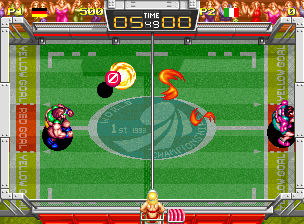 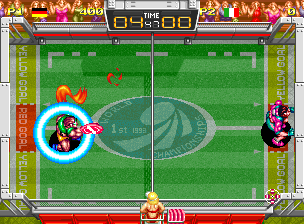 Only reversal that can be done with

, it requires a perfect timing to avoid throwing a simple lob in its place, it can also be done with

if the opponent throws a Hammer Throw, the directions up and down can be used to calibrate where the disc will land. This Reversal can be used against all types of Supers, be it a Super Custom, a Super Spin or another Hammer Throw

Just getting back into Windjammers recently and I am glad there is a fansite for this game.